Here’s one for all the Londoners out there.  Which area of West London was I visiting this weekend? 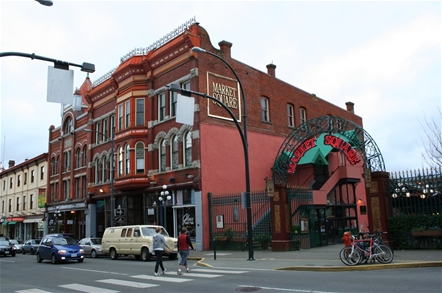 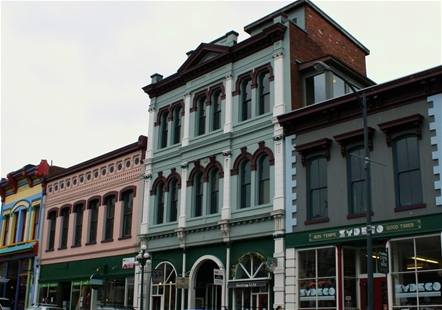 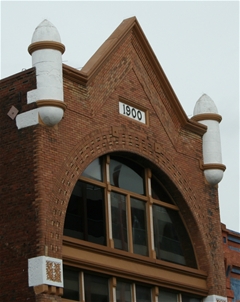 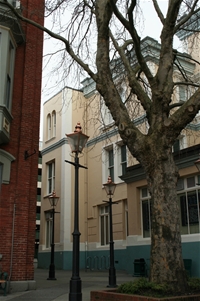 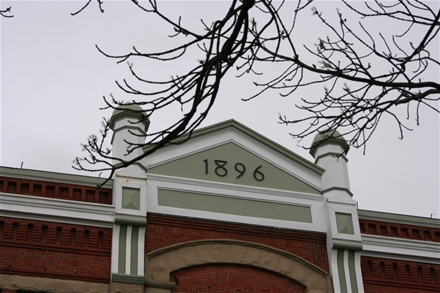 Actually you can stop guessing now because I wasn’t in West London at all, but in Victoria, the capital of Vancouver Island, and also capital of British Columbia.

It’s about two and a half hours away by high-speed catamaran, so we popped over to visit my Canadian friend, who by an amazing coincidence lives there, and felt like we’d stepped onto another continent. Most of Victoria’s downtown area was built by the British in the late Victorian era and the buildings could so easily be in Hammersmith or Shepherd’s Bush. I never knew architecture could be so comforting.

The only difference is that they go in for picking out the details of the facades in  bright paint colours, which looked rather jolly and kitsch and might be a good fashion to adopt in London. 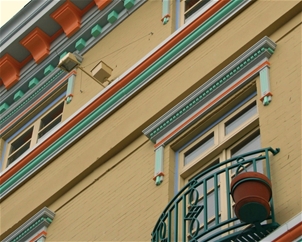 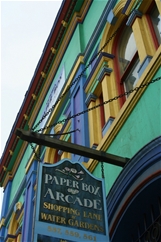 While Seattle still sometimes feels like the Wild West, Victoria felt as English as Wimbledon or Miss Marple.  The bookshops were filled with books by English authors, the supermarkets stocked such wondrous delicacies as Branston pickle and mushroom ketchup and we had a magnificent afternoon tea in a teashop decorated with portraits of the Royal Family past and present, which would have been perfectly at home in Henley-on-Thames. And all this with scarcely a hint of irony or theme parkishness.

The  only downside to a fab weekend was the journey out.  The winds whipped up a huge swell on the water and we had to take a very circuitous route to stay as long as possible within the protected waters of Puget Sound.  When finally we did reach the open the sea the boat was pitching up and down rather impressively.

At first the Minx found it very exciting but her shrieks of joy soon turned to howls of anguish and she started to throw up everywhere in most spectacular fashion. And of course the only place a miserable vomiting little girl wants to be is in her mother’s arms. How nice.