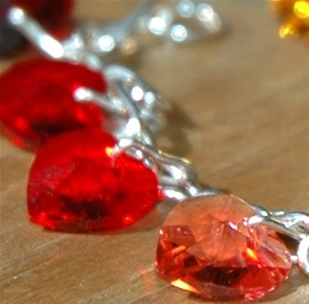 Less than two weeks ago I was on the point of exploding with stress.  My sister-in-law had unexpectedly decided not to continue with the mirrormirror fulfilment and all plans for our departure were in disarray.

We were even seriously considering sending the Husband out to Seattle on his own while I stayed in London with the Minx until I managed to get everything sorted out and had someone else lined up.

And then I posted a little ‘advert‘ on the blog.  I don’t know what I expected to happen, if anything. It seemed to be the longest of longshots that someone reading might be able to help but since I was fairly desperate I decided to give it a go.

And then offers of help started popping into my inbox.  I had no idea how many truly lovely people read this blog. Within a few days it became obvious that I would be able to solve my problem, it was just a question of talking to all the various ‘applicants’ to see who fitted the bill best.

Today I am thrilled to announce that I’ve found the perfect person.  I’m going to post a little introduction to her in another post as there’s someone else I want to introduce to you, but suffice it to say she also has a blog and makes a very, very fine cupcake indeed (which is, of course, the most important criterion).

Astonishingly enough I was emailed by someone else who lives within a hundred yards of Ms Cupcake and is very keen to be involved, although she didn’t want to take the whole job on as she many other commitments. What are the chances of that happening?  So now, not only do I have a person lined up, but she also has back up and I have a long list of people who might be able to take the job on if for some reason it doesn’t work out.  I really, really love my blog.