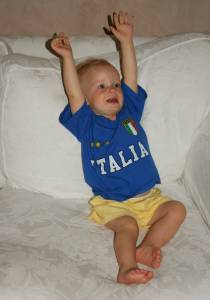 I’ve decided that there are very few greater pleasures then seeing the team you support win the World Cup. Especially when it’s been totally unexpected and said team have played with style and courage (and look just so damn cute – though I wish Cannavaro hadn’t cut his hair). The semi-final against Germany was absolutely unbelievable – end-to-end stuff, loads of agonising near misses and then finished off with two quite spectacular goals at the end – can’t remember the last time I was so excited.

We had such fun in Sardinia watching the games in the hotel bar and bantering with the waiters and the other guests, or else making the Minx stay up way past her bed time so we could watch the Italy games on the big screen in the piazza in Santa Teresa Gallura. The Minx much enjoyed shouting ‘yay’ every time the crowd cheered, though that usually meant she ended up cheering on the opposition (though she didn’t enjoy it quite as much as Wimbledon, where she loves clapping enthusiastically at the end of rallies).

I just wish I were still living in Rome (I spent five months out there a few summers back) and could have joined the party in the Circus Maximus. My brother’s living room – where we watched the match – is somehow not quite the same. 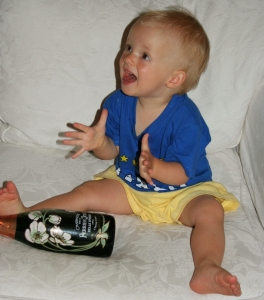 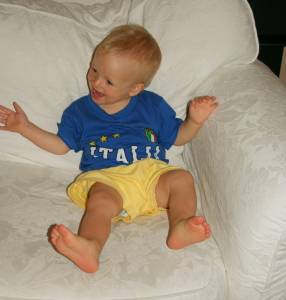 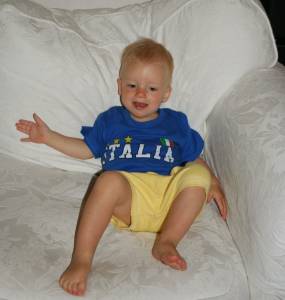