As an often frustrated stay at home mum who loves colourful things, this gorgeous editorial from Vogue Italia spoke to me at a visceral level.  After all I do spend an awful lot of my time hiding under the sink wearing killer stilettos and a cocktail dress.

Welcome to my world. 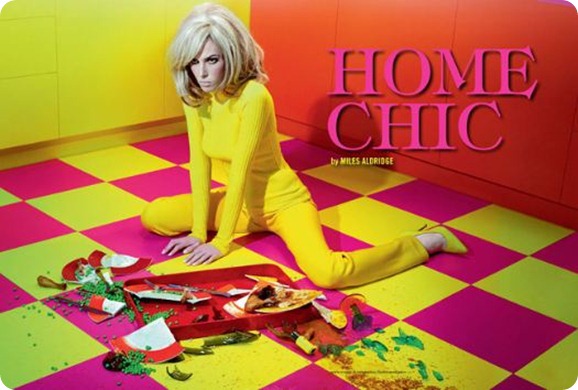 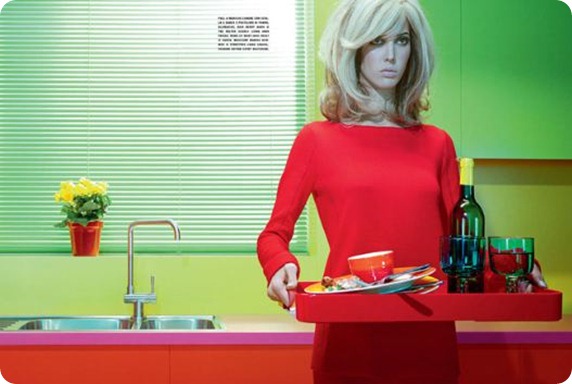 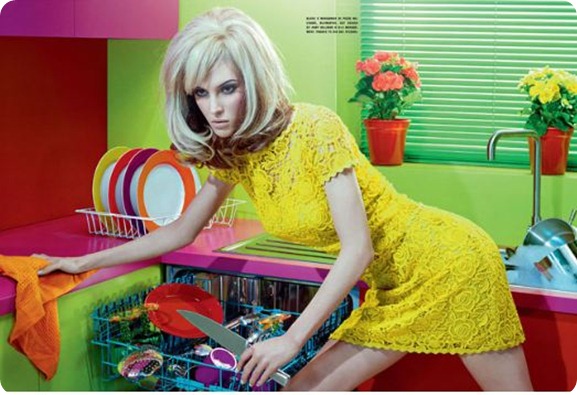 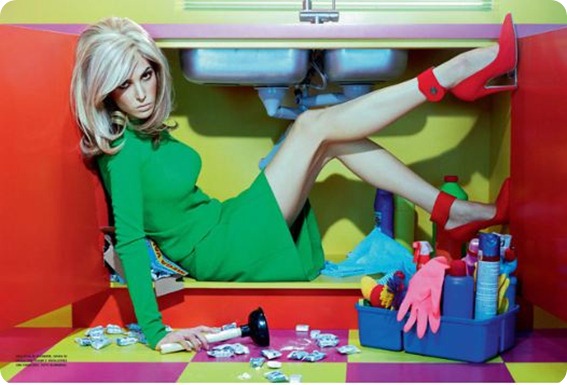 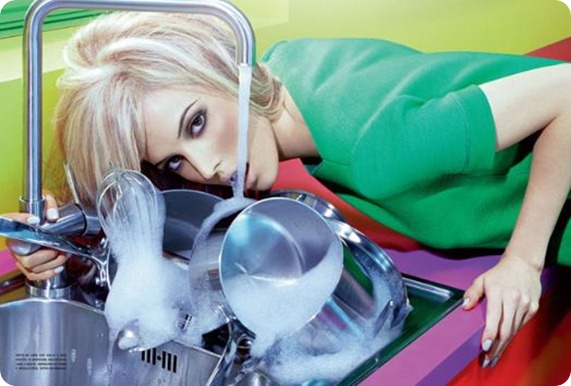 Thanks to the ever fabulous Tom and Lorenzo for this dose of pretty.

After the the Husband, the Minx and the wedding album, I do believe my Kitchen Aid stand mixer would be the next thing I’d rescue in a fire. 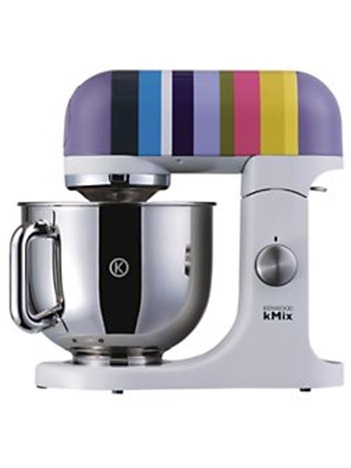 However, that’s not to say that I can’t still admire these Kenwood Stand Mixers from afar and be grateful that someone is having a little fun with kitchen design. 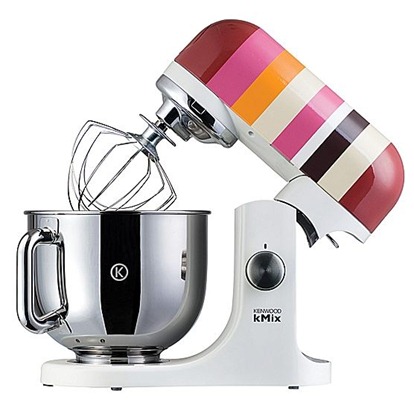 Would you have one in your kitchen?  Or am I just succumbing to my inner five year old again? 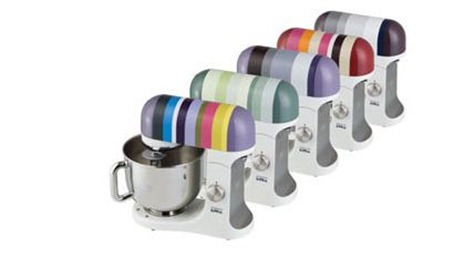 The Firecracker colourway is also available from John Lewis. Unfortunately I don’t think Kenwood has arrived in the US. 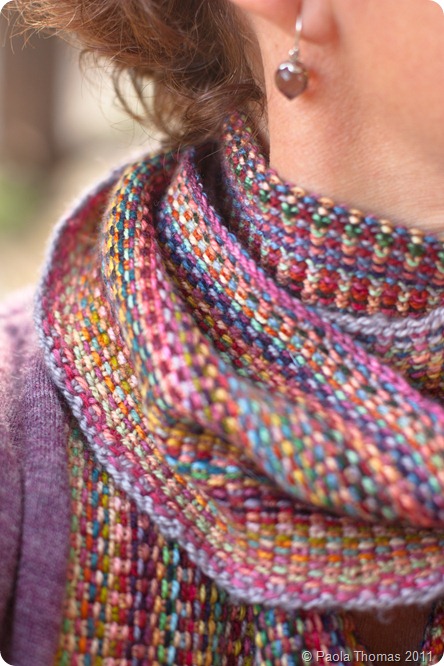 I’m wondering if the Minx would still have such appallingly bad taste if I’d started her off on these? 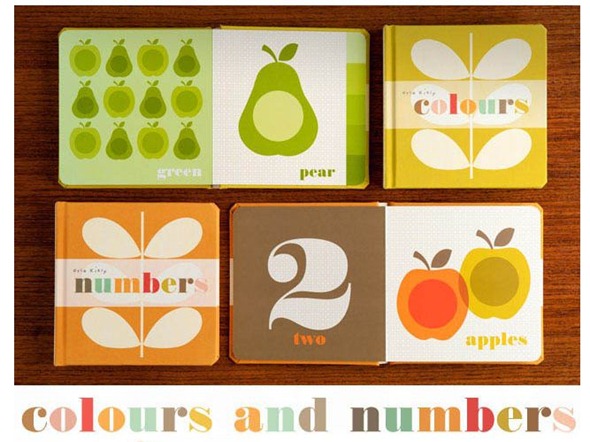 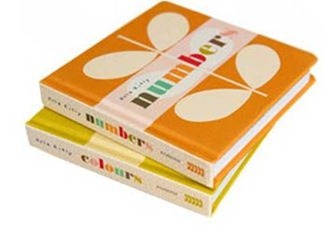 These great new baby gifts are available here.  I WISH Orla Kiely would open a US online store.

Things I Am Loving – Moomin Wallpaper

Speaking of the Cherry Tree

Engraved Upon My Heart

These satchels, yes or no? And if yes, what colour? 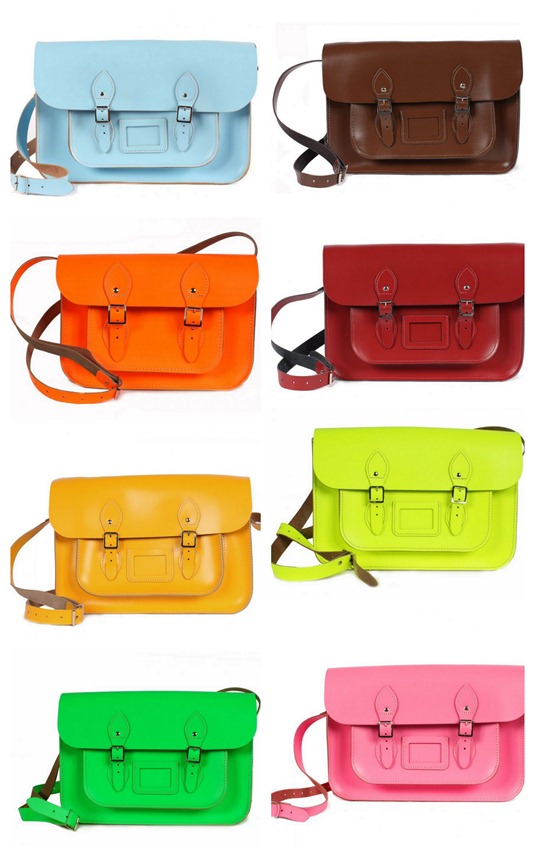 I’m old enough to have had one of these in chestnut to take to school when I was very tiny. Why on earth didn’t I keep it? It was deeply and BEAUTIFULLY distressed too.

The clues are coming thick and fast and I’m really liking how this one’s shaping up.  The pattern is reminding me a bit of Turkish carpets and I think the two bead colours work well with that idea. 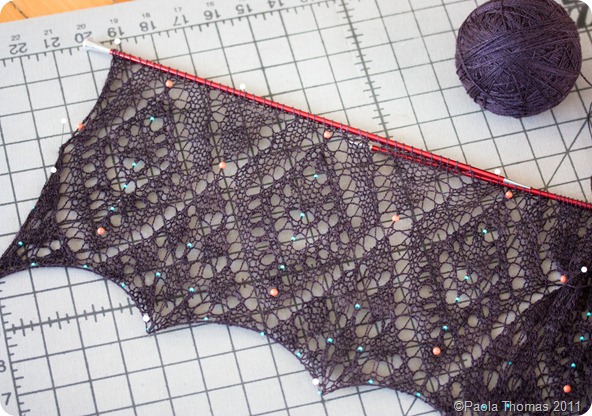 There are apparently three more clues to come, so it should all be done and dusted this month.

Adventures in Knitting – Missoni for Me Scarf

I thought you might like to see how nice the Missoni for Target cube looks in situ. 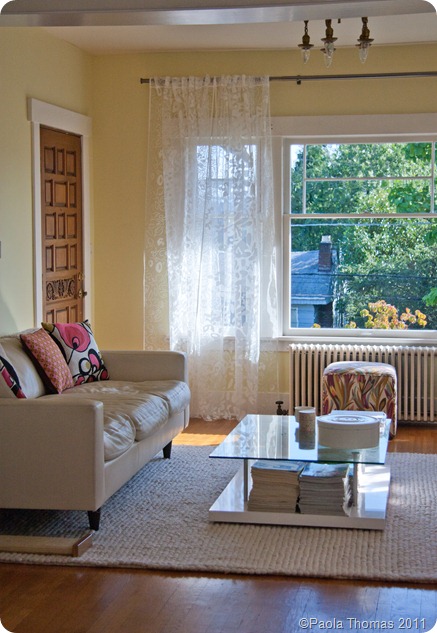 I am so pleased with it.  It’s sturdily built and covered in printed cotton canvas with a cool contrast piping detail and provided a useful extra bit of seating at a recent dinner party.  If Target manages to get more in stock it seems well worth the money.  In fact I’d go as far as to say that it might even be worth braving eBay to get hold of one (or one of the other fabulous designs). Apartment Therapy agrees with me.

Unfortunately there’s nothing like putting taking photos of a corner of the house to highlight stuff that still needs to be done. Highest priority currently is replacing the ugly-ass front door and I still need to do something about the jellyfish light fixtures and find a striking bit of artwork for above the sofa.  I’ve also been looking for a throw to cover up the huge telly (given that our basement with TV room remodel is not looking like it will be done any time soon).  This could be the perfect opportunity to actually start crocheting the Babette blanket, instead of just hoarding yarn for it. 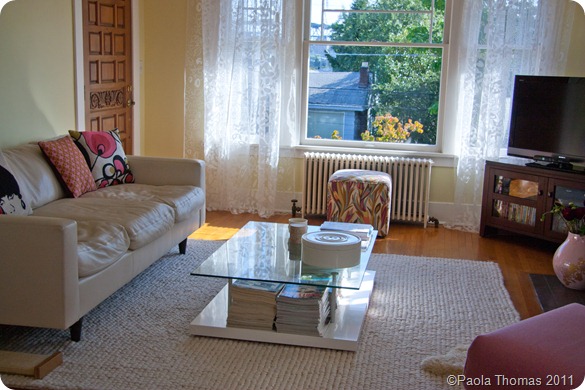 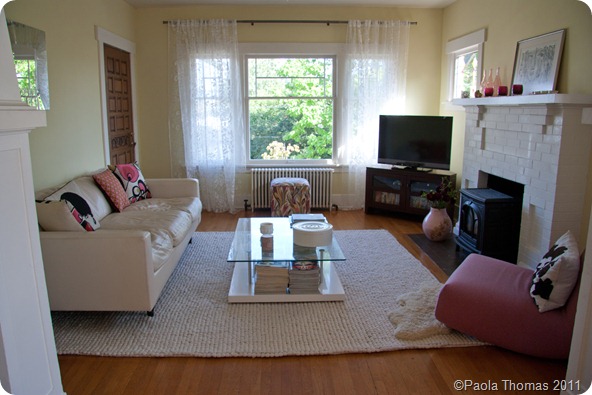 Still, it’s looking a heckuva lot better than it used to.

Vancouver and Visas and Wearstler and Wanders