When we were setting up the business we thought long and hard about a business name. 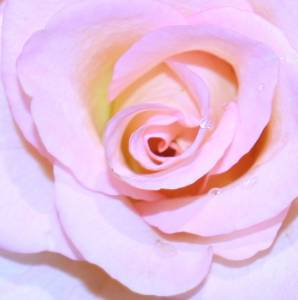 We wanted something which would be easy to remember and spell, which would not limit us in the type of things we could sell and which would conjure up the idea of living a ‘fairytale’ life. And so mirror mirror was born.

Looking back, we were astonishingly naïve about naming an online business and the importance of being visible to the search engines. I don’t pretend to understand all its little foibles and quirks, but in essence Google works by looking first for the search terms and then by ranking the ‘importance’ of the sites in which they appear. It judges this importance by how current the content is and the number of sites which link to that site and how ‘important’ those sites are in turn.

So for the first eighteen months of mirror mirror’s life, it was impossible to find us if you searched on the terms ‘mirror mirror’ – instead you would have got pages and pages of articles from the Daily Mirror, books on Amazon, Guardian columns and song lyrics. Every journalist working for every newspaper in the world, seemed to have written an article which contained the words ‘mirror, mirror….’

A friend of ours who specialises in all things Google did some consultancy for us and said that with such a generic name we would never get to the top of the search engines. So, in despair, around about Christmas last year, I thought seriously about changing the name of the business. I agonized over a new name, coming up with more and more ridiculous and random combinations, but nothing was perfect enough to warrant the huge step of rebranding the business and losing all the goodwill we’d built up around the name.

And then I started up the blog. And people started linking to the blog and linking to the shop. And then one day I was checking the search engine rankings and found that if you searched on ‘mirrormirror’ (all one word) the shop finally appeared on the second page of the search results, though if I searched on ‘mirror mirror’ the shop still didn’t appear at all. So I finally had my new name. The shop would now officially be called mirrormirror (the eagle eyed among you may have noticed that I started changing the name on the blog around that time).

Our PR company was informed, all new instances of the name appeared in the new format and the next big project on the To Do list was to change all the instances of the name on the website itself and on all our collateral. Until yesterday when I searched on ‘mirror mirror’ and the shop appeared on the first page of Google (though ‘mirrormirror’ still appears higher up the rankings).

So now I’m really muddled. Obviously we need to be consistent, but I just don’t know which name to choose. I think there is a chance of getting ‘mirrormirror’ to be the absolute number one on the search engines, but less of a chance with ‘mirror mirror’. But on the other hand ‘mirror mirror’ seems to be the spelling that people use most often and if I stick with it I won’t have to change the website and the collateral.

Confused yet? Which version of the name do you prefer?